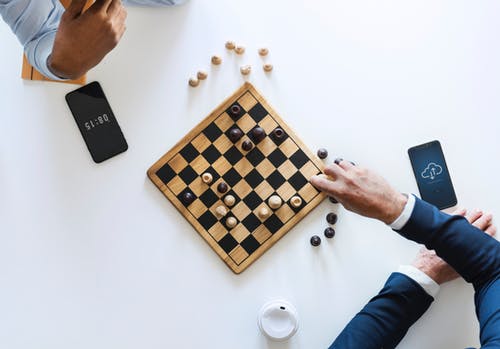 I receive questions about a problem returning like a boomerang: can employees go on self-employment and start their own business? The answer is the one that most often falls from the tax advisor’s lips: “Yes, but it is not that easy…” 🙂 or “It depends …” 🙂

So – it is possible, but…in this case it is important to know that a freelancer can not issue invoices for a former employer for the same activities that he has carried out under an employment contract.

Is it feasible? This must be considered in each individual case.

With the employment contract the employee pays ZUS premiums in proportion to his salary, while he can pay a fixed amount of premiums in his own company.

UNFORTUNATELY THIS DOES NOT APPLY TO PERSONS COOPERATING WITH A FORMER EMPLOYER, so again: he should have a contract with another company and this contract must concern other activities than the employee has carried out for his formal employer.

Other benefits for a freelancer

Limitations arising from the court judgments

Up to now, the Supreme Court has been more frequently concerned with the subject of physical persons who provide services on the basis of civil contracts. It was different in the case of a judgment of the Supreme Court of 20 February 2018, reference number II UK 711/16, concerning a person working in a shop belonging to the Żabka chain.

A woman entered into a cooperation agreement with the person running the shop to provide services for a fixed compensation of PLN 2,500 per month on the basis of the invoices issued by her. In this way, it carried out typical tasks of the seller at the place and time indicated by the person running the shop, at his expense and risk. The same obligations were also performed by employees in the store on the basis of employment contracts.

The woman asked social insurance institution ZUS for compulsory insurance: pension, disability and accident insurance and voluntary health insurance. However, ZUS undermined the validity of the insurance because of the apparent nature of the activity carried out by the woman. The ZUS decision was appealed to the court and then to the court of appeal and finally a cassation appeal. The Supreme Court agreed with the decision of the pension institution and the judgments of the courts and stated that the woman “in this case performed the same activities as the persons who worked in the shop as employees” and “showed no independence in the organization of work”.

The court indicated that in order to be considered self-employed, a freelancer must perform the activities:

There is a significant difference for a self-employed freelancer with regard to the ZUS premiums and taxes, but it must also be said that in case of the employment contract the ZUS premiums are also paid by the employer and as a result more funds are accumulated on the pension account of the employee in ZUS, then with a self-employed freelancer, who pays minimum premiums. The lack of income from activities during vacation leave can also be problematic.

There are also advantages of an own company – potentially higher tax deductible costs and the ability to deduct the VAT charged on purchases.

Condition – a freelancer can not have an agreement with his formal employer for the same activities that he has performed as an employee.

If the employee decides to start his own business, it is important to enter into a cooperation contract, which does not resemble an employment contract. For example, the contract must contain provisions not allowing the Client to indicate the place and time of work or provisions shifting responsibility for activities carried out and risk to the freelancer – I can help to draw up such a contract.